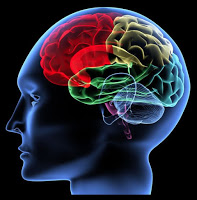 Yogic View of Mind as Body

Psychological therapies that utilize the body are called somatic therapies in the West. The term sōmata comes from the Greek language and means the body of an organism (as contrasted from the mind or psyche), it does not refer to the Sanskrit word soma. Somatic therapies utilize the physical body, as opposed to western talk therapy. Psychosomatic diseases are physical ailments that are seen to be caused by psychological states, such as stomach ulcers caused by worrying. The western bio-mechanic perspective assumes that there was matter that evolved into living entities and then those living entities developed consciousness. The consciousness function as seen in the psyche/mind is a separate operating force within the physical body, or body and mind being two separate things. My intention here is to describe an Eastern/Indian perspective to the body-mind, which I have done in a different way in the Mind-body blog post, but from a different approach.

The traditional Eastern/Indian or Yogic perspective sees consciousness existing previous to matter.[1] First there was the spiritual realm, then the dream realm, then physical creation happened and its evolution was guided by the causal structures (or morphogenetic fields) existing in the subtle realms of consciousness. This is the fundamental key difference with important implications. Atheistic materialists (the chosen view of Scientism) chose not to believe in other levels of consciousness that guide matter. This view has brought the understanding of the physical body structure to advanced levels, but has done so with a loss of direction and way to determine ethics within its field. That aside, the understanding of a material realm developing within consciousness, offers an understanding of how the mind and body interact. 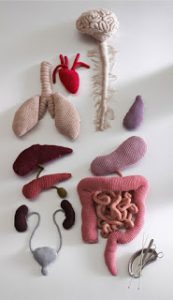 The Western bio-mechanical view sees thought as a process which happens within the brain. If mind is a field, then mind exists within the entire body. Thought is a process which the entire body engages within. The brain is a processing organ, similar to the heart which pumps blood. The heart enlivens the entire body through blood (plasma, red and white blood cells, etc). Some aspects of the blood are made in the bone marrow, some in the lymph nodes, thymus, spleen, liver, and other organs. Water content in the blood is regulated by the hypothalamus and maintained by the kidney. The blood takes liquid and nutrients from the digestive tract, hormones from the endocrine system, and oxygen from the lungs and it removes toxins from the all aspects of the body. Without too much more complexity, the blood is a creation and process that belongs to the entire body, while the heart is the organ that pumps the blood so that it can accomplish its tasks. The functions of blood/circulation are not done by the heart, but are mobilized/orchestrated by the heart which is part of a cardiovascular system. In the same way, the brain is the orchestrator of thought, but thought is a whole body process or system.

When you are worried, you feel uneasy in the stomach. When you are angry, there is tension in the fists and face. When you are in fear, there is shortness of the breath. These are very physical reactions, which are understood by western science as part of the affective system.[2]  Then there are more subtle impulses that manifest through the body. When a person is taking on too much in their life, their back can pain them (which can be medicated with pain killers). When there is emotional discord between husband and wife, the distressed one may not be able to be turned on for sex (which can be mitigated by Viagra). When an individual has not emotionally dealt with sexual abuse, they can continually get urinary infections and eventually reproductive cancers (often treated only on a biologically level). Depression can create colds, flus, lung infections or lung cancers. There various western bio-mechanical ways of explaining these situations, such as stress hormones or immune deficiencies.

Instead of seeing the emotions and thoughts in the mind, the body itself is the seat of thoughts and emotions: it is an embodied mind. The lungs and chest are the localization of grief and depression. The liver-gall bladder is the localization of anger. Anxiety is in the large intestines and disturbs the absorption of nutrients. The spine is a person’s support perspective, while the feet relate to the way one deal with goals in life. Different cultures across the globe have associated the parts of the body with the emotions and the nature of one’s perspective. But what does it mean that these parts are connected to an emotion? 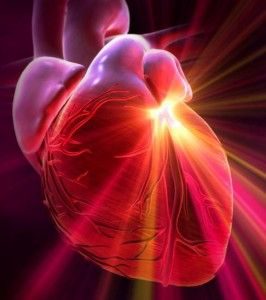 The body is within the field of consciousness. Impulses arise within the body, are felt by the body, processed by the body, take form and then come into cognitive consciousness as a ‘thought’ or cognition. Similar to the circulatory system being a whole body process, the elements of the things that fill our mind, are created in different areas of the body, enter the thought stream and are circulated (enter cognition) through the brain.

There is an interesting study of heart transplants patients and changes in their personalities which match attributes of the original owners of their hearts.[3] This has been called psychosomatic plasticity[4] or as cellular memory[5] indicating that the organs retain actual memories as well as preferences from the individual they came from.[6] Even minor organ changes make a difference in consciousness, such as patients who went through coronary bypass graft surgery are said to have a heightened sense of taste afterward.[7] A change in posture can change mood, perspective and even eyesight.

Somatic therapists use the body in various ways. In one method, the client is asked to express themselves through the body by taking a position representing the way they feel about something. Often the position brings to awareness certain things the person was pre-conscious about. This is because body posture and gesture are pre-cognitive, meaning they precede the cognitive understanding of the position.[8] This allows an individual to communicate with feelings they would not readily bring into conscious awareness.

Another technique used by somatic therapists is the awareness of a posture or gesture that is being made while a certain emotionally charged topic is being discussed. By being aware of the gesture or posture, deeper insight is brought into the conversation. The perspective that the body is an objective machine and that the brain is the intelligence, lend itself to ignoring the body. But when we understand that the body is conscious, that it is filled with memories, then it is possible that the body is smarter than the intellectual brain. This also leads to therapeutic methods that that integrate the body and its preferential actions into any form of behavioral change similar to neuro-linguistic mapping (done in NLP).

Where the Eastern/Indian Yogic perspective differs from the general western somatic perspective is that the mind is not influencing the body in a psychosomatic sense, as two entities. The mind is embodied. As the thought changes, so does the concentration of focus within the body (or vice versa). When a person thinks about someone they care about, the chest/heart area will feel warm or when an individual focuses on their heart area images of people they care about will arise in their minds. When a person thinks about a sexually stimulating situation, blood engorges the sexual organs, or if the person stimulates their sexual organs, they will begin to have sexual imagery in their mind. The content of our thought and the activation of bodily sensation are always related, as the mind is embodied within the body, or the body is an embodiment of mind.

(Cross-posted on the Blog)

[1] I am using the terminology of traditional Eastern/Indian here to denote that it is the ancient view in India, and Yogic to denote that it is a particularly spiritual view. There are many different Indian philosophies with many variations. Acting like there is one Indian view or one Eastern view is a gross over-generalization. This is not a South Asian studies version of a particular school of thought, meant for historical study and not for clinical application. The view shared here is that which was developed though out the Upaniṣads, Yaugika and Tāntrika texts, and is a synthesized elaboration to communicate the perspective for the purpose of clinical practice.

[2] The embodied mind model I am presenting here changes the discussion of whether an affect comes before the cognition or cognition before the affect or how perception impacts the affective reaction by locating them in the same place of origination.

[6] The limitations of this study are less the technical aspects as much as they are the perspective. Western science, while attaining great detail of the material body with various technology has neglected the same level of detail within the mind. Most people are unaware of the frequency they think about different aspects of their life and the tone of these thoughts. The ability to deepen this research would need to take into account a more detailed comparison of the mind before and after organ transplants.

[8] Tantia, Jennifer Frank. Is intuition embodied? A phenomenological study of clinical intuition in somatic psychotherapy practice. Body, Movement and Dance in Psychotherapy 9, no. 4 (2014): 211-223