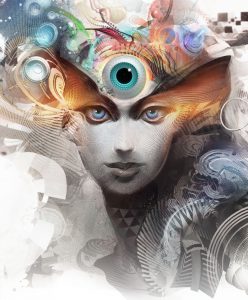 The western psychological frame work doesn’t have a consistent model among schools and various definitions of specific terminology and so it’s been a process of figuring out where all these things live within the flow of consciousness processing. I am trying to frame which aspects of development relate to which psychic structures, and how they relate to each other, and it is hypothetical on one level but there is the internal aspect that requires a deeper self-reflection. For example, if the higher level of consciousness expansion according to Tantrasāra is working at the level of awareness of the first arising of the implicitly known felt impulse of a cognition, how does that compare to Kegan’s fifth level of knower who is seeing things in an inter-related manner. Does the subject-object framework applied socially have any (or what) relation to the internal relation to the deeper awareness of one’s consciousness? And how does Loevinger’s eighth and ninth stage relate to that level of awareness? Is Awareness altering the ego’s development, which it must at some level, but how much is it dictating the growth and how much can remain undeveloped while still exploring deeper realms of the being. Knowing one’s inner structure and nature of thought inherently puts the ego into a particular perspective, as well as all the social interactions one has. Yet, these realms are not directly correlated but have an interactive impact, with functional knowledge of one’s own perspective of themselves impacting the other aspects. Yet how can we separate one aspect of the self from another?

There is a generalized correlation between three yogic approaches to consciousness expansion (upāyas) and the framework of pre-conventional, conventional and post-conventional concepts in western psychology.

Abhinavagupta discusses three levels of practice (upāya), or approaches to the path of expanding consciousness, based on the development of the individual practitioner. The first is called the human path (ānava-upāya) which uses the physical body and subtle body yoga techniques. The second approach is the empowered path (śakta-upāya) which utilizes the imaginal mind examining and transforming thought-constructs and the feeling generated by them. The third approach is the divine path (śāmbhava-upāya) which works on the causal level of consciousness to directly perceive Consciousness with direct non-conceptual intuition.

Practice at the level of ānava-upāya is in the realm of differentiated consciousness where the individual sees themselves as separate and is self-focused. They lack the vision to see the unity. The practices at this level are composed of rituals, moral codes, body postures, breath work, mantras, visualization, and meditation. The primary force is the “power of action”- doing a particular activity affects the flow and direction of consciousness. 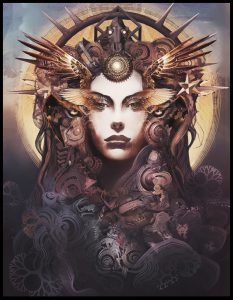 Practice at the level of śakta-upāya is very similar to cognitive schema therapy. It is all about removing/dissolving the views that are misaligned with reality (aśuddha vikalpas) and replacing them with views that are in alignment with reality. The subtle body works with polarities and the mind tends to go to the extremes of happiness or sadness, praise and blame, etc. Stabilizing oneself in a balanced view by distancing oneself from the commotion of the thoughts/emotions is key work at the subtle level. Whenever the mind gets stuck on one side of a polarity, there is a charge associated with that block. This energy (śakti) directs the mind away from reality. Schemas that keep us stuck (aśuddha-vikalpas) are examined and the opposing thought construct is used to dissolve it. They can also be personified and worked with relationally. The opposing thoughts/personalities are more in alignment with reality (or allow you to see things from a balanced perspective) and are called śuddha- clear, genuine, examined, free from error, pure. Similar to a constructivist perspective, thought constructs are examined and tested, till they do not color or filter perception, with the awareness that cognitive perception is always colored by mind. New pure thought constructs are cultivated. These clear thoughts lead to an ability/clarity to experience the level before thought-constructs.

At the level of śakta-upāya, the functional aspect of consciousness (how thoughts are forming and moving and transforming) is given more attention than just the particular thoughts. Focus is on how the thoughts create and manipulate the direction of mind. The pure frequency of archetypal thought patterns are seen as goddesses that can be invoked and worked with. These psychic energies work with the individual, not just the individual working with them. The mind field is seen as an interaction between the energies (śakti) of the various states of consciousness. The primary force is the “power of knowing” which is a clear understanding of the processing of the subtle level of mind. 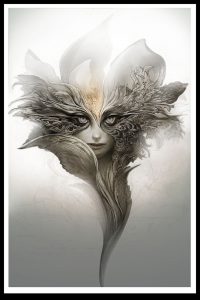 Practice at the level of śāmbhava-upāya is the awareness of the vibration (spanda) of the first moment of perception. The causal level is driven by the energy of will/desire (icchā-śakti) which is perceived as an initial impulse.[1] By bringing attention to the energy of the initial impulse of consciousness as it comes forth (unmeṣa) there is direct non-conceptual experience. I believe this is the pre-rational felt sense that Gendlin (experiential psychology) focuses on. The practice is to watch the initial pouring forth of consciousness before it becomes other thought constructs, it is thought-free (nir-vikalpa). In this practice there is only being with the arising experience, any manipulation of the experience would come from some cognitive construct. Therefore, Rogers (Gendlin’s teacher, humanistic psychologist) is working at this level. He works on just reflecting the experience the client is having, he doesn’t manipulate it. Awareness alone is the mechanism of change.

Kegan’s epistemological lifespan development theory has five orders of consciousness that an individual matures through. Second-order knowers lack empathy and have an ego-centric thought process caring only about their needs and preferences. Third-order knowers objectively see their personal wants and needs and are not controlled by them. They are aware of social wants and needs yet are confined by them with a group-formed identity. These two orders both fall in the realm of ānava-upāya, where standard methods of working with the body and prāṇa drive the consciousness towards a more expansive view. The ego development at this level would correlate to Loevinger’s stages five and below.

Kegan’s Fourth-order knowers objectively see their group given beliefs and identity which allows them to have a ‘self-authoring’ consciousness where they chose what they believe. They are able to have their beliefs be an object they own, instead of a subjective experience that they believe is who they are. This level would correlate to the level of śakta-upāya. One needs to have an objective stance towards their own mind and ideologies to independently examine and work with their own schemas and consciously practice dissolving them into their opposites. The ego on this level requires Loevinger’s sixth to eighth stage of development. 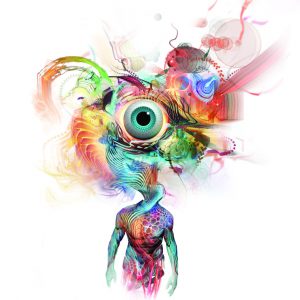 The next stage doesn’t correlate as nicely, most likely due to different concepts of what the higher levels of consciousness look like. The practice of śāmbhava-upāya has the potential to develop the qualities of Kegan’s fifth-order knowers who take on an inclusive perspective where they are able to see the benefit of different views. There is a greater distance from cognitive limitations. The person develops a bigger picture of their inter-relation to all other systems. Loevinger has the integrated ninth stage of the ego where there is peace with unsolvable issues. As the rational side of the mind that deals with conflicts is left aside at this level of practice, the ego develops a quality where it is not being concerned with the rational minds issues that are seen objectively- as the ego is an object to the subjective awareness. Abhinavagupta spoke of the different levels but there was always practice at all levels, just as each level of our being is always present.

The relationship between these western psychological concepts and traditional tāntric concepts is not presently a discussion, but I think it will be a big topic in the future. These are just my present observations.

[1] Abhinavagupta does not use the terminology of physical, subtle, causal bodies in the same way that I do here. My use of terminology here is based on my background in the Pañcarātra Āgama (Vaiṣṇava Tantra), and is used accordingly.