The Sanskrit word for planet is graha, which means seizing, laying hold of, holding, obtaining, perceiving, apprehending, or grasping. The English word ‘to grab’ comes from the same root word. While the word planet does not include the Sun and the Moon, the word graha includes the luminaries. There are nine basic grahas in Jyotiña. They are called grahas as they are that which is controlling the effect of elements in the material, pranic and mental plane. They are the instruments, through which the law of karma is working.

Each planet has so many indications that it is impossible to list them all. Everything in the entire encyclopedia can be gone through and divided into one of the nine planets. Yet, lists are given to help get an understanding of a planet’s energies and actions. Various authors will disagree on certain significations, so the important point is to not become attached to a particular form but understand how a planet significates an object/subject. Significations will also go into infinite subgroups.

The significations of the navagraha (nine planets) listed below come from BPHS, Uttar Kalāmåta, Praçna Marga and other classic texts. There is brief mention of other planets for one's holistic understanding based on various sources and general beliefs.

Paraçara describes the Sun as having “sweet brown colored eyes (madhupiìgala) and a square figure, his constitution is pitta, he is intelligent (dhéman), masculine, and tends towards baldness (alpakacha)”.
-BPHS, Graha Guëasvarüpa Adhyäya, verse 23

Paraçara describes the Moons as being “very vata-kapha constitution with a large/wide body, she is wise (präjïa), has good intuition (dåç), sweet speech, is changeable/ ficklminded, and is a hopeless romantic (madanätura).”

Paraçara describes Mars as being “being cruel, inconsiderate, and tending to have blood shot eyes, enjoys meat (pala) and his wife (dāra), has pitta constitution, is easily angered/passionate (khrodha), and has a thin waiste”.

Paraçara describes Mercury as being “the handsome (having a beautiful form), distinguished (çreñöha), uses words with double meanings (puns), has a sense of humor/ makes jokes, is charming (ruchira), and is tri-doshic (has a mix of all three constitutions).”

Paraçara describes Jupiter as having “a large body, is heavy (guru), has yellow/tawny hair and eyes, kapha constitution, intelligence (dhéman) and is skilled in all the scriptures.”

Paraçara describes Venus as “one who is happy, has a pleasing/desirable body, is of superior quality (çreñöha), with beautiful eyes, is a poet, has a kapha-vata constitution, and has curly hair.”

Paraçara says that the serpants from Svarbhänu are similar. Ketu is like Rahu.

The new planets of Uranus, Neptune and Pluto were all discovered after the 1700’s. Some argue that because they cannot be seen with the unaided eye that they do not affect us. This comes from the Mémäàsa concept of pratyakña which means visible before the eyes, or direct perception and apprehension. I personally where eye glasses. To say that if I can only see the street signs while I am driving with my classes that I shouldn’t believe they have any affect on me would not be true. The eye classes help me to see what is already there, it is just a help to focus my vision. This is the same as a telescope helping the human eye to see what is actually in the sky. In the same way the new planets are there in the sky and attention to them will show an effect on the horoscope.

The important thing to note is that they are outside the system of one to nine. They are not primal archetypes but evolve from that which is already present. The root of astrology exists in the Soul, the mind and the five elements. These must be understood fully before mixing in new planets of which little mention is made in the classic texts. In Jyotiña these type of extra planets and points are called upagrahas, where upa means secondary. There are many secondary grahas used in Jyotiña, which should be understood first.

Chiron was discovered in 1977. It is associated with the new age movement. It is located between Saturn and Uranus and is considered a bridge to the new outer planets. Western astrologers associate it with Virgo, while some Vedic astrologers connect it with Hasta nakñatra. The symbol for Hasta is a hand and Chiron is connected to healing, divination, tarot and astrology just as the palm of Hasta represents.

Uranus was discovered in 1781. The major world events at that time were the Industrial revolution, electricity, and machines. Western astrologers associated Uranus with Aquarius. Some Vedic astrologers associate it with the Nakñatra Ñatabiña, which is ruled by Varuëa, a devatta with similarity to Uranus.

Neptune was discovered in 1846. The major world events at that time were the invention of photography, film, and collective trends. It relates to ecstasy- spiritual or intoxicated, art, music, dancing, illusions of world, psychic powers. Western astrologers associated it with Pisces, while some Vedic astrologers connect it to Revati nakñatra. 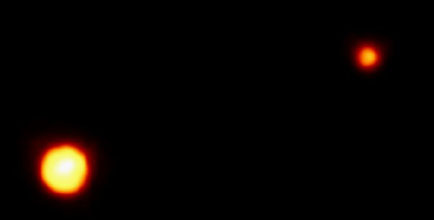 Pluto was discovered in 1930. The major events in the world were the Atom bomb, the great depression, dictators of underworld quality (Hitler, Stalin), gangsters, and mafia. Western astrologers associate Pluto with Scorpio, while some Vedic astrologers connect it to Jyeñöä nakñatra. Pluto himself relates to the vedic deity Yama, the god of death.

Important secondary planets in the traditional system are Gulika and Mandi. They are mathematical points based of the time of Saturn. Gulika shows the poison one takes on to themselves while Mandi will show the poison (negativity) one gives to others. These are important planets relative to diseases like cancer.