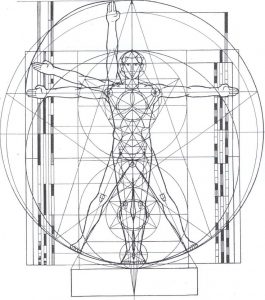 Psychological Resiliency and Recovery in Yoga and Āyurveda

Āyurveda recognizes that some people become sick while others remain healthy when exposed to the same disease causing factors.[1] Some people quickly recover while others suffer for long periods of time. In western psychology, this is discussed as some people having more resiliency than others. For example, while a group of soldiers may experience the same event, some will get Post Traumatic Stress Disorder (PTSD) while others will not.

Resilience is the ability to maintain and/or regain equilibrium (sattva) and sustained positive functioning in the face of strained physical or psychological challenge. Western definitions of resilience vary greatly whether to differentiate ‘maintaining’ and ‘regaining’ equilibrium.[2] According to Āyurveda, vyādhi-kṣama-tva[3] has two aspects.[4] It is the strength to fight manifested disease or trauma known as recovery (vyādhi-bala-virodhi-tva).[5] It is also the capability of resisting disease or the negative impact of trauma (vyādhyutpāda-pratibandaka-tva).[6]

According to Yoga chikitsā and Āyurveda, mental equilibrium (sattva) is the foundation of mental health. Psychological resiliency is rooted in the strength (bala) of internal factors that allow a person to return to balance (sattva) after a challenging or traumatic event. Yoga and Āyurveda teach that the body-mind is inherently endowed with its own power to heal itself and return to its inherent nature (svabhāvoparamavāda). In this way, it is not just about fighting the disease/disorder, but about supporting the person’s own abilities to overcome what they are suffering. This requires primarily utilizing their strengths (anukūla) to help them uplift themselves. This is a support to the person’s own innate ability to heal. Then to help the person overcome their weaknesses (pratikūla) to not fall into the same issues again and again.

The Vedic approach sees three archetypal factors (kāraka), the Sun, Moon and Jupiter, as the tripod which allows a person to overcome challenge and return to equilibrium (sattva). They represent the spectrum in the areas of sense of self/pride, healthy attachment style, and beneficial meaning making. A weakness in anyone of these will make dealing with stressful situations more difficult.

The Sun indicates the sense of self, the level of pride or shame that a person experiences. It indicates self-esteem, autonomy, and the belief that one can influence one’s surrounding and the outcome of events. When a person has a strong sense of self, they work to manifest their intentions in the world. When a person believes they influence the outcome of events, they have motivation to engage and create a difference. In this way, the archetype of the Sun indicates the power to persevere. The archetype of the Sun is hurt most by repeated abuse, shaming, feeling helpless, and lack of role models. Somatically, the condition of the Sun archetype is reflected in the solar plexus, spine, ability to take up space, boundary awareness and strength of the voice.

The Moon indicates one’s attachment style (level of secure relationships), which relates to the ability to cope with emotional upheavals and ability to process traumatic events. The Moon relates to socialization, the level of ease of relating, and community involvement. The Moon indicates the ability to have healthy vulnerability. It represents the levels of acceptance one can have for their present situation, which allows intimate, sensitive emotional material to be conscious and available to be processed. The Moon indicates one’s spectrum of positive emotions and the levels of trust and hope. It is trust and hope that allow one to have a positive attitude which supports persevering in negative situations. The archetype of the Moon is hurt most by high levels of stress in the environment, lack of safety and lack of security in early childhood (with the first year being the most important). Somatically, the condition of the Moon is seen in the demeanour, sense of self-care, ability to be open, intimate and vulnerable, steadiness of emotion/mind (sattva-bala), breath awareness and friendliness of voice.

Jupiter indicates the process of decision making, the faculty of meaning making (beliefs) and the sense of purpose that meaning gives. This purpose and surrounding beliefs will inspire the direction one motivates themselves and the reasons for motivation. Jupiter also indicates awareness and the ability to consciously make choices. This gives the ability to think creatively instead of being reactive, as well as the ability to learn from negative experiences. Jupiter relates to pre-frontal cortex functions which are most compromised by traumatic experiences and loss of body awareness. Lack in the Jupiter archetype indicates short-sightedness, lack of long term planning, impulsiveness, a lack of self-reflection and inability to make or keep commitments. A strong Jupiter indicates good decision making in negative situations which cultivates beneficial actions.

Resilient people appraise situations optimistically making events less threatening. They can feel calm and secure so that their affective system does not disturb their clarity of decision making. Resilient people are confident with who they are and how they will be and don’t lose psychic energy to doubts about their actions or to other negative thoughts. They are therefore better able to respond creatively.

Āyurveda states that resiliency and recovery (vyādhi-kṣama-tva) will vary according to three factors: innate nature (sahaja), the time period of life (kālaja) and that which is acquired (yuktikṛta) by activities through life.[7] There is an inherent level of resiliency and ability to recover related to the person’s constitution and disposition. Therefore treatment is specified in accord with the person’s innate nature. Childhood, teen, adult or elderly will all have different levels of resiliency that need to be cultivated accordingly. In this way, the context of the life is taken account of to determine treatment. Most important is that the level of resiliency is understood to not be static but to change based on daily practices and inner work. A lifestyle that creates physical health and balanced self-control in the mind will aid one’s ability to be resilient and to recover. Yoga chikitsā and Āyurveda focus on supportive lifestyle and require that long term treatments have a cumulative beneficial impact (sātmya) on the person.[8]

The nature of the etiological factor (unwholesome experience), what aspect of the individual it imbalances (guṇa) and the strength of the mind (sattva-bala) determine whether the recovery[9] is mild or severe and acute or chronic. The disorder is more painful and more difficult to resolve if there are multiple weaknesses in the above archetypes.

Vedic Look at the Recovery Model of Treating Mental Illness

In the early 2000’s, the United States Commission on Mental Health determined that “Too often, today’s system simply manages symptoms and accepts long-term disability.”[10] The Recovery-oriented Model is the response to this. It is an approach to treatment of mental illness with the intention to “enable adults with serious mental illnesses and children with serious emotional disturbance to live, work, learn, and participate fully in their communities.”[11] The most important element of this model is treatment with the intention of recovery, instead of accepting the management of symptoms. Research shows that about 25% of people suffering severe mental illness return to a high functioning life. About 25% deteriorate over the long-term and others fall somewhere along that spectrum. Those that do not fully recover often have only certain domains of functioning impaired and others intact, so they have the capacity to have the same rights and responsibilities as others and participate in the community.[12]

Above, I have taken almost all commonly discussed elements of resilience and shown how they fit into the three archetypes responsible for supporting the person to return to the clarity of a balanced (sattva) state of mind. There are three factors of resilience-recovery (Sun, Moon, and Jupiter) and three ways it will vary (innate nature, time of life and lifestyle).

The Vedic approach understands that the person has an innate nature to heal. Our job is to cultivate the person’s ability to heal themselves with the intention of recovery. One aspect of supporting a person is to help ensure access to the proper resources needed to develop areas that require resilience. It is important to support the strengths of the client. According to the tradition that I have studied in, strengths within the Sun archetype (sense of self, agency, etc) are the most powerful to cultivate for depression and personality disorders. Strengths within the Moon archetype (attachment style, trust, community, etc) are the most powerful to cultivate for anxiety disorders and any type of aggressive reactivity. Strengths within the Jupiter archetype (meaning making, self-reflection, etc) are the most powerful to cultivate for bi-polar and obsessive disorders as well as phobias.

In Recovery Oriented Practice, there is a list ten of the core principles of Recovery-Oriented Care.[13] I have grouped them according to the three core archetypes, even though the large amount are focused on the Moon archetype, this grouping can be used to develop a more well-rounded approach to mental health treatment within the Recovery Model.

Treatment that appreciates the context of the person, their history and works with their aspirations is beneficial for Jupiter. Integrating the individual into community (not ostracizing them) is important for the Moon. Treatment is also most beneficial when it is culturally sensitive (for race, ethnicity, sexuality, religion, immigration status, etc) and avoids stereotyping. Helping the person develop healthy long-term relationships with trust is a key component of a healthy Moon archetype. Developing natural support systems like volunteer groups, sports clubs, and faith groups helps the person regain community belonging.

The Sun archetype is strengthened by allowing the person to guide the program of care. This helps to differentiate the person’s sense of self from its association with their illness. The terminology that goes with this is the difference between a “schizophrenic” and a “person with schizophrenia.” The self-determination of guiding care is complimented by cultivating reciprocal relationships where the client is considered an equal and their opinion is respected. The sharing of this opinion can be developed through self-help groups or being on the boards of various mental health groups. This helps develop agency and self-worth.

Another important foundation of the Sun archetype is the socioeconomic situation. If a person doesn’t have the resources to support themselves, the self-worth is lessened. There is a reciprocal relationship with poverty where lack of self-worth lessens opportunity. Part of the Recovery-oriented model addresses socioeconomics, such as helping locate resources, job opportunities, job presentation, and developing self-worth.

[3] Vyādhi means disease but literally means to be pierced, as a deer by the hunter’s arrow; one’s weakness has been violated. Kṣama means to either bear or resist. It also means capacity, patience and forgiveness. Vyādhikṣamatva is the capacity to bear or resist disease when exposed to etiological factors. (Chakrapani’s notes on Charaka Saṁhitā, Sūtrasthāna 28.7).

[9] Here recovery is samutthāna- literally ‘rising up,’ but meaning recovering from illness or to return to normal functioning in this context.