This is written for the laymen to easily learn how language changes over time and how texts can be clearly dated based on the wording and language in which they are written. It is not meant to be scholarly. I have tried to explain to a few fundamentalists and less educated (who beleive fundamentalists) that it is clear when a text was written, not by someone telling you, but just by looking at the language. So to make this clear, I have shown how one would be able to date an English text by reading it to within a few hundred years very easily. It’s much easier to get this when you understand the words. Then I show the difference between a few periods of Sanskrit to help make this clear. Old English of 1000AD is very similar to old Germanic languages as Britain was settled by Germanic tribes at that time. Old English is not recognizable to modern English speakers. It does not become recognizable to modern English readers till the 1400’s. In this same way, Vedic Sanskrit (before 500BCE) is clearly different to modern Sanskrit in the first millennium CE.

With the invention of the printing press at this time period, the language went through many changes in a small time. We can see in 1475 one of the first printers in England named “Caxton, referred to some ‘gentlemen’ who had complained that his translations contained words which ‘coude not be vnderstande of comyn peple, and desired me to vse olde and homely termes in my translacyons’ [could not be understood by the common people, and they wished me to use old and homely terms in my translations]. But this could go too far; the English language changed and the old and homely terms of past times were now incomprehensible. Caxton had seen old texts written in an English which he could not himself understand. He had even noticed a change in the English language from his youth to his old age: ‘And certaynly our langage now vsed varyeth ferre from that whiche was vsed and spoken whan I was borne’ [and certainly the language now used is very different from that which was used and spoken when I was born].[1]”

1787 This is an excerpt from the founding fathers debating the Bill of Rights:

And I think my own writing is clear enough to give us the English language of our present age. In this same way, Sanskrit evolves. There are two very distinct eras of Sanskrit: Vedic Sanskrit which was before 500BCE and Classical Sanskrit that was after it. Scholars categorize Vedic Sanskrit into a five-level linguistic development from the Rigveda to the language of the Upanisads. Then a large shift happened similar to English in the 1400’s with the invention of the printing press. First around 500BC Panini created a Grammar system superior to everything previous. Then in 300BC, India went from a primarily spoken and memorized passing of knowledge into written texts. The systematized grammar and change in writing format changed the nature of the literature and writing style.

Vedic and Classical Sanskrit are similar but differ in phonology, vocabulary, grammar and syntax.

500BC Panini: the Grammar that changed everything (including European linguistics):

Purāṇas: many were “written” between the 1st  and 11th century AD (they contain knowledge from a much early time, but the time period they were written is clear by the language of the author. I use the term “redacted” to mean the time it was written, it doesn’t mean the time of creation, as the knowledge may have been present much longer and passed down orally, but it is clear when it was ‘redacted’.

Bṛhat Parāśara Horā Śāstra  is said to have been redacted around the 7th to 8th century.

And the last comparison from a modern newspaper: http://sudharma.epapertoday.com 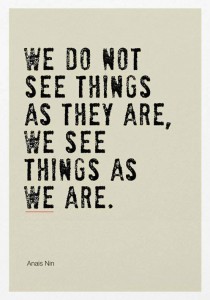 Some Advice: Be careful what you believe as a spiritual aspirant or as a scholar. Take all previous opinions with a grain of salt and know that opinions are being proven wrong all the time. Don’t be so egotistical to believe that you happen to have and understand the highest path and everyone else is blind. Base the importance of a text on the knowledge it imparts, not its age, nor the authority of a robed old guy (that some people call holy) if their message is not in integrity with human values. Remember that you were a black woman in one of your past lives, you were an old Indian man once before, you were an islander on a far off island that no one has ever heard of. The same source manifests all forms of life and calls all forms back into itself. Utilize the path you have been called to walk. Keep an open mind and a humble stance.
[1] http://www.bl.uk/treasures/caxton/english.html [2]http://nfs.sparknotes.com/tempest/page_132.html
See more about the history of the English language at: http://en.wikipedia.org/wiki/History_of_the_English_language http://en.wikipedia.org/wiki/Old_English http://en.wikipedia.org/wiki/Middle_English