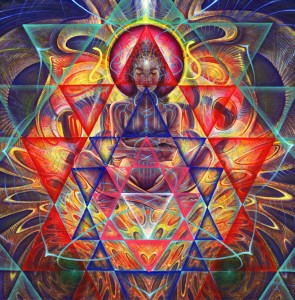 In Āyurveda, there are three agents which are the root causes to imbalance: chronobiological influences (kāla), intelligence (buddhi), and the objects of the senses (indriyārtha). These three causative agents relate to the three sāttvika planets: Jupiter, the Sun and the Moon. Disease is therefore caused by the disturbance of the sattva (sustaining) force of the body which imbalances how the individual relates to their environment.

Normal function and interaction of these three agents is important for a healthy balanced life. The harmony of sattva can be disturbed in three ways. Through the nature of rajas (Mercury and Venus) there is excess utilization (atiyoga). Through the tamas of Saturn there is lack of utilization (ayoga), and through the tamas of Rāhu there is improper utilization (mithyāyoga). When the three causative agents malfunction in any of these ways they are called kāla pariṇāma, prajñāparādha, and asātmyendriyārtha. All other causes of intrinsic disease are secondary to these three primary causes.

Kāla Pariṇāma literally means time-transformations, or time-development. It can refer to the changing of the seasons as well as chronobiological changes (aging) in the body. The gross level of kāla pariṇāma relates to the ability of the individual to live appropriately according to the change of the seasons and environment. It relates to the appropriate actions to be performed at the appropriate times of day. It means changing the diet and lifestyle regimes according to the temperature, humidity, and other weather factors to harmonize the imbalances they cause in the individual’s body. 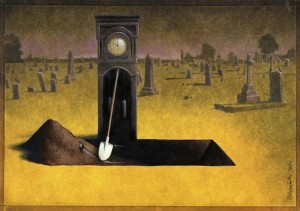 Kāla Pariṇāma refers to the integration of lifestyle and therapies that fit the chronological aging of the individual. This chronological aging relates to the naisargika daśā which is similar for all individuals. An infant in its first year has a certain diet, which varies from that of a growing child. The young and active can eat lots of high fat foods (or just about anything) and there are no issues but, as one gets older the metabolism slows down and the diet has to change accordingly. The elderly need a diet that is easy to digest and which supports their slowly decaying condition.

Charaka Saṁhitā says that “Man is caused by Time, and Time determines his diseases. The entire world depends on Time, and Time is the causation of everything.” At a subtle level of kāla pariṇām, all the various daśās have their effects on the individual’s physical, mental and spiritual health. Certain daśās need astrological remedial measures to insure the health of the individual stays in balance. The daśās of negatively placed planets such as benefics in duḥsthānas or malefics in kendra or trine, or daśās of malefic planets or malefic lords that are afflicting beneficial factors in life, or daśās where the mahādaśā and antardaśā lord are in a six-eight relationship can cause health problems. Negative transits can also cause suffering, cancer, operations, etc. that can be greatly helped with astrological remedial measures.

The Sun is important for the first house significations of health and the body. The body is affected by age, which is ruled by Saturn. In this way, Saturn is the child of the Sun; the Sun is the great time-maker while Saturn is the power of time to age and decay. Saturn is the planet ruling aging and death while the Sun rules life and vitality. They are two opposed forces, one keeping you alive and the other taking you closer to death.

The Sun brings forth the light and ability to perceive the correct way to live according to time. It is the Sun that allows a Jyotiṣī to look into the astrological chart and perceive aspects of a person’s life. In the same way, it is the Sun that allows a person to look into their life and see what they need to do to live appropriately for their space and time. The strengthening of the Sun strengthens this ability and the overall health associated with the lagna. The sattva of the Sun helps one to attune to the cycles of time and to live life in harmony with them. One should analyze the condition of the Sun, aspects of malefics and the sixth and eighth lord, the Sun’s dispositor, and the condition of the lagna bhāva to give appropriate remedies if needed. 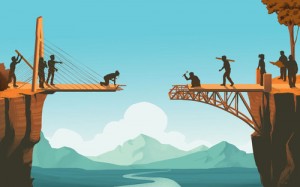 Prajñāparādha is when the person does not follow their own better understanding of their need for healing. Sometimes this will be having knowledge of the correct actions and not following them. For example, when a person knows that large amounts of alcohol are negative to their health but they continue to consume the substance. This includes an individual who continues to smoke tobacco, even though they have friends or family who have died from lung cancer.

In this way, living an unwholesome or dishonest life can lead to disease. Charaka says that righteous acts and living bring happiness and unrighteous acts bring misery to the body and mind which are the seats of disease. Any action creating negative (rajas or tamas) emotions will eventually cause disease. Stress (rajas) is a major cause of disease by its depletion of the immune system (ojas), and is in many ways a condition of mental perspective.

Prajñāparādha will also indicate a person not listening to the body’s own innate wisdom such as when a person believes that a certain substance is good for them even though their body does not respond well to it. They may continue to use the substance that is not good for their health and actually make themselves sick because they did not listen or were not aware of the body’s understanding. For example, a western study said that a glass of alcohol reduces the chance of heart disease. Western studies do not differentiate between constitutions. For a kapha individual, a single class of alcohol with food will improve digestion and therefore improve health. For a pitta individual, it may cause ulcers, skin conditions and other problems related to too much heat. The pitta individual may get symptoms like hyper acidity from the alcohol, but due to Prajñāparādha will ignore these signs of the body and continue to use alcohol believing it is good for them. This example could also be seen with milk; for a vāta constitution it is medicine, while a kapha constitution may develop illness from milk which directly starts with congestion after drinking milk. Prajñāparādha is also seen in a situation such as when the body is stiff or sore from not enough movement, and the individual just takes a pill to cover it up instead of giving the body some healthy movement.  Or not getting enough sleep and taking coffee to give the body enough energy to go to work in the morning. The body will always let us know what keeps it healthy, but does the mind listen to the body or follow its own desires. When tamas is very strong the individual is not aware of what the body feels, when rajas is very strong the individual listens to their mind even if the body disagrees.

This application of intelligence (dhī śakti) relates to the planet Jupiter who is the kāraka for the pāka lagna (the position of the lagneśa). How an individual applies their intelligence is seen relative to the pāka lagna. An afflicted or negatively placed lagneśa will show the situation of pragñāparādha. Negative placement, or affliction to lagneśa, as well as bad daśās or negative transits can all lead to living an unhealthy lifestyle and ignoring the innate wisdom.

There is a deeper level to the decisions made by an individual. The soul (ātmakāraka) is very important to how we live. If the AK is negatively placed in the navāṁśa it can cause wrong decisions which lead to ill health and even issues that are primarily due to wrong decisions made in our previous lives. 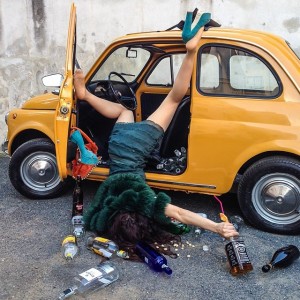 Most sensory addictions are the result of mental issues. The Mind is that which reads the senses, it is fed through the senses. This includes excessive sugar or chocolate intake based on eating addictions. This includes excessive touch addictions which include hyper sexuality. Asātmyendriyārtha includes bad movies with “unhealthy” images for the mind. This would also include situations of war trauma or gang violence related emotional issues.

Just as certain smells have the ability to bring balance to the elements and emotions (as used in aromatherapy), certain smells can create disease. In the modern work place there are machines off-gasing chemicals (such as a photocopier), or cleaning agents that give people migraines, or polishing agents, or glues, that can give stomach aches, headaches, or build up enough toxicity in the body to create liver problems and cancer.

Of the senses, the nose, tongue, and skin function in proximity to its stimuli, while the mind, eyes, and ears function with remoteness. In this way, their utilization will also vary from gross to subtle. Sensory over stimulation can lead to all sorts of vāta related disorders, and can drain the body’s natural immunity. Wrong use of the senses imbalance the elements that relate to that particular sense and lead to the associated mental problems. The wrong or unwholesome use of the senses is caused by a lack of sattva and increases that lack of sattva, creating a cycle which leads to ill health.

The Moon should be analyzed along with the fourth house and the Ārūḍha. The sattva of the Moon needs to be strengthened, and remedies should be of a very sāttvika nature. The yogic practice of pratyāhāra is also beneficial for the overuse of the senses and rejuvenation of the mind and body. When the Moon is weak or afflicted it is very common to have sensory addictions to deal with the associated mental issues. These issues should be understood and dealt with through counselling. 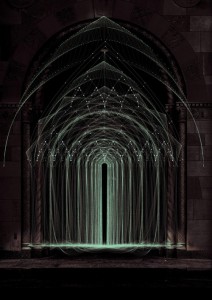 The root cause of intrinsic disease is lack of harmony between the individual and the environment. These are the three agents that will align the individual or misalign the individual with the environment: time (Sun), right use of intelligence (Jupiter) and proper use of the senses (Moon). Understanding the three basic causes of disease will allow a medical astrologer to pinpoint the cause of disease and give a general remedy to help balance the tamas or rajas at the root. This will allow an individual to integrate the therapy and lifestyle changes recommended by the Vaidya. If an individual is sick because of an addiction to the wrong use of the senses, they may be told to stop, but without strengthening the Moon it will be very difficult. With the addition of mantras or other sāttvika remedies, the Vaidya is able to remove the root cause of the disorder. Then treatment is applied to the manifestation of the disease and it is treated from both ends.